We spend a lot of time with homeowners choosing paint colors. Picking the right paint color can be a challenge! Paint can look different on one wall versus the one right next to it, all because of the way light falls or where cabinets are placed. We’ve found that one of the hardest colors to choose is the perfect white. Whites can have hints of gray, blue, yellow, even purple or green! And which white you pick completely depends on everything else that’s going on in the space. Our design team has picked out a few easy-to-use whites to get you started!

Swiss Coffee is a creamy warm white that doesn’t lean too yellow. It’s bright enough to look like a true white, but not so stark that it’s boring or sterile. It’s beautiful and works in so many applications! We most frequently see it used in more traditional designs, but any space where you are after a true white that’s still warm and inviting will look great in a classic Swiss Coffee. Our project below features Swiss Coffee on the walls, ceilings, and cabinets! 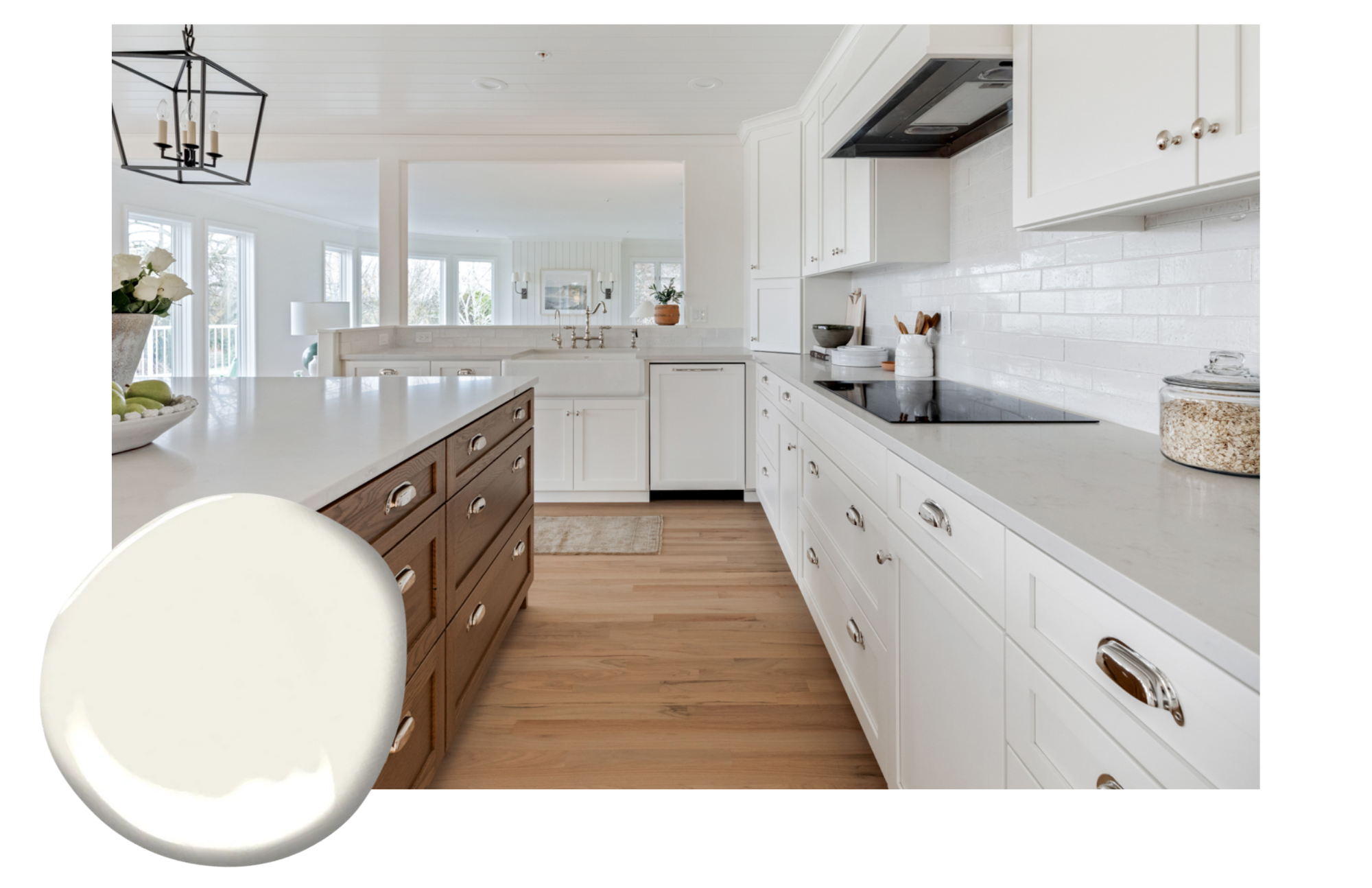 Alabaster is a very true white with a soft edge. Its undertones are neutral, more of a beige than a yellow, which makes this a great color option for things like trim and ceilings. This was Sherwin Williams’ 2016 Color of the Year and its popularity has absolutely stood the test of time. This is also the color Joanna Gaines used for the shiplap in her kitchen (seen below). White shiplap is very popular right now, and in most cases, you’ll want a white that is bright but not stark. Alabaster may be the answer! 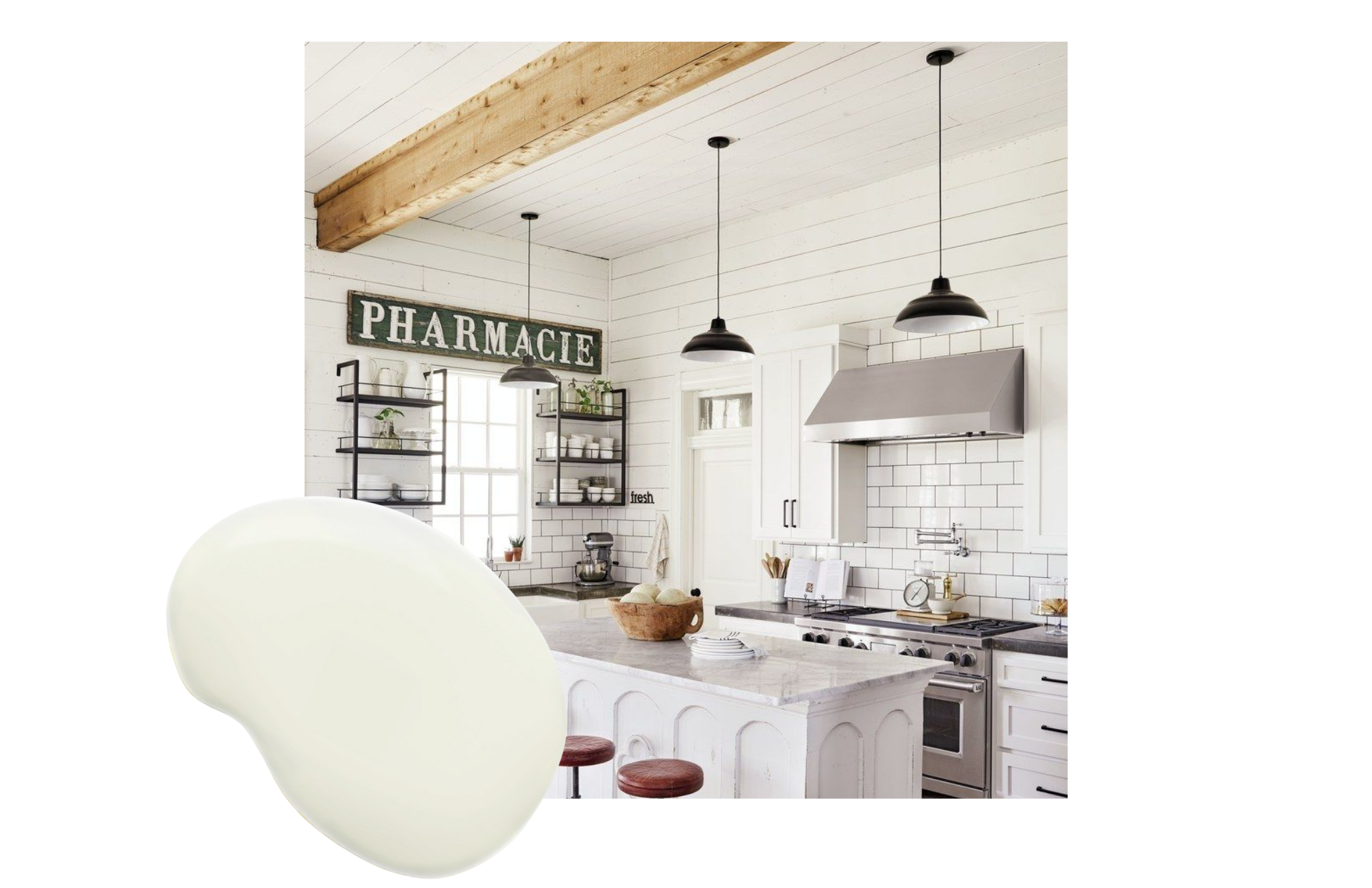 White Dove is another soft white color, though it’s more of an off-white than the previous two. It’s creamy and neutral, so it doesn’t read too yellow or too gray. White Dove is a white that will pick up tones from the nearby colors, so if the rest of the space has a lot of cooler tones like blues and grays, it will look like it belongs in that family. It’s extremely versatile! On the flip side, if you hold it next to yellows or browns, it will bring out some of the yellow undertone in the white itself. This project from Home Like You Mean It uses blacks and dark browns, keeping it a truer white with a bit of softness brought out by the wood.

Decorator’s White is a more pure white with cooler undertones. It’s a great choice for trim or cabinets if you have brown, beige, or darker colors elsewhere and you want a sharp contrast. This tone is often described as a “crisp” white as opposed to soft or warm. It’s certainly not the whitest white on the market, but it will read as a true white in most spaces, again, without appearing stark. It will pick up cooler tones more than warm, so next to a brown or beige, it will appear to be a truer white than it would next to blue or green. This kitchen from Elle Décor Magazine shows a classic take on white cabinets featuring Decorator’s White. 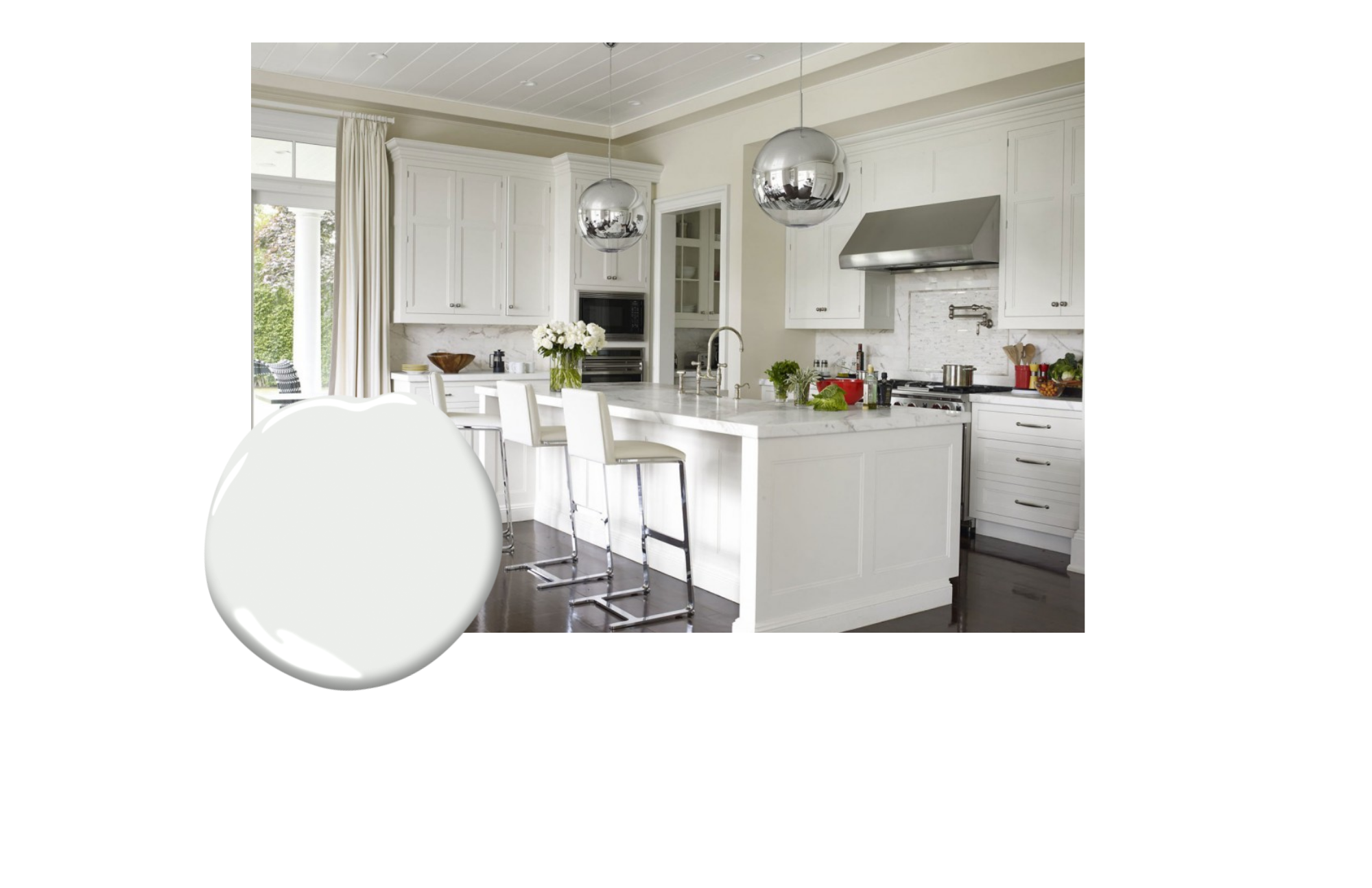 Similar to the Decorator’s White, Pure White is a highly versatile and flexible white that has cooler undertones. It is slightly warmer than the former, but only very slightly. Kylie M. Interiors calls this one of the “top 3 white paint colors for cabinets” and is Sherwin Williams’ most sold white paint color. In a north-facing room, this white will read cooler than in another room, so that’s something to consider when choosing this tone. This project from City Farmhouse uses Pure White on the walls, trim, and the stunning wall detail. 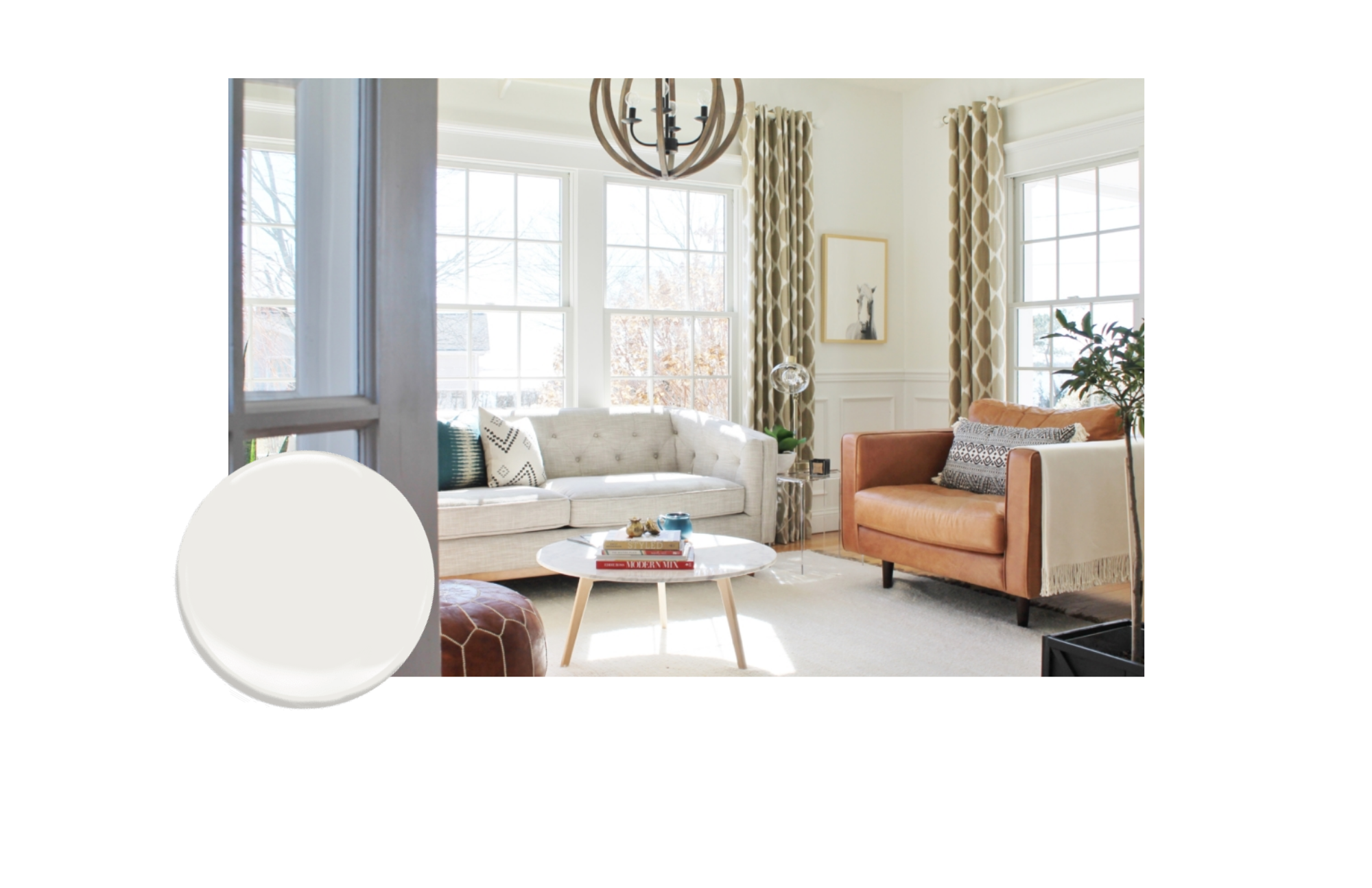 Westhighland White is the most “off-white” of the colors on this list. It’s a creamy, warm white that also has a hint of gray to keep it from veering into the yellow/tan category. This is a great option for a wall color if you want an all-white look, but still want some contrast between your walls and the trim or ceiling. This will also complement most warm tones and contrast most cool tones! It’s very versatile. This project featured in Southern Living magazine features Westhighland White on the ceilings, trim, and walls! You can see how the tone changes across the room with the different light. 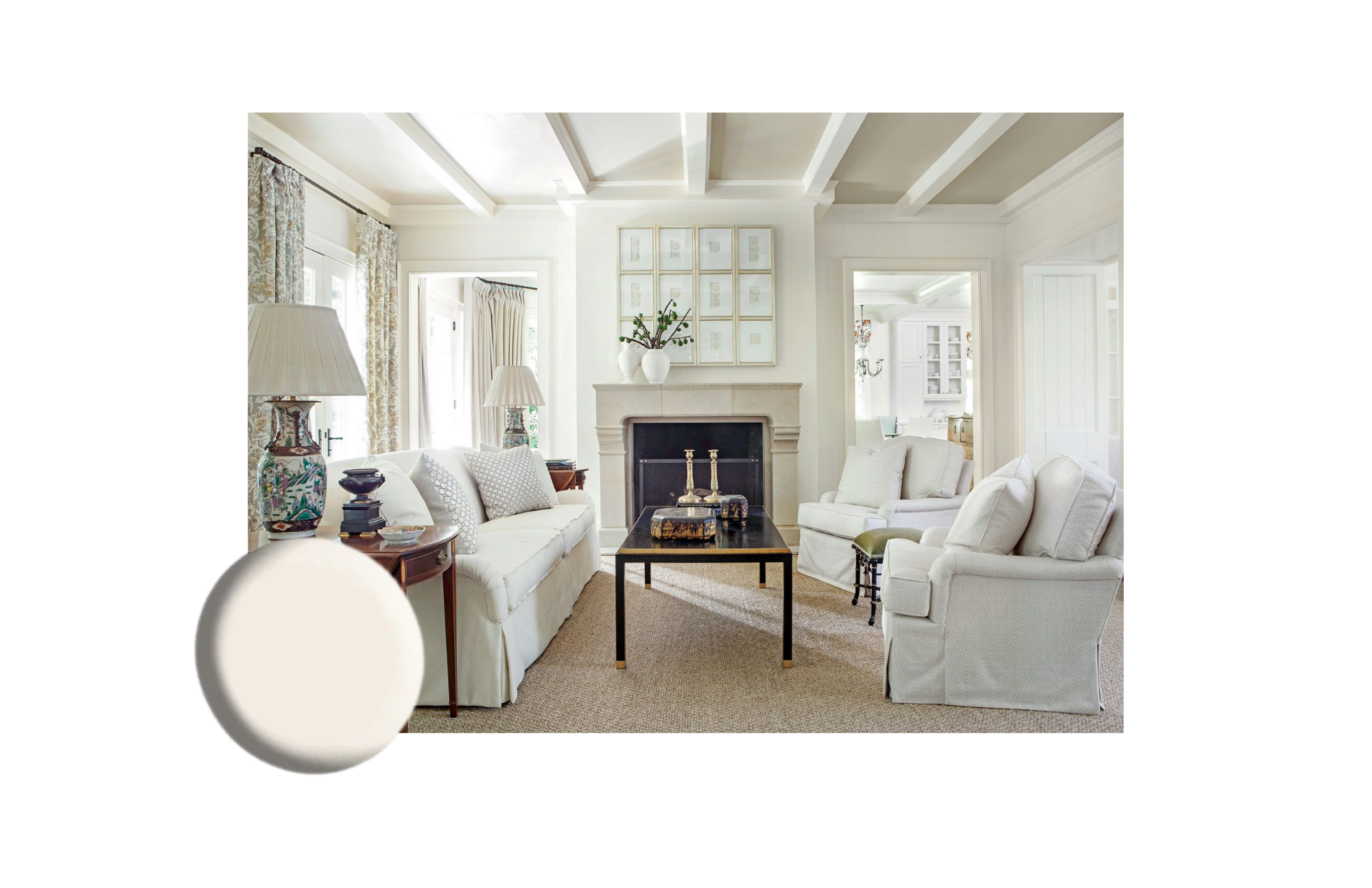 But of course, this is just a few of the ones we see a lot! There are so many whites for so many different types of spaces and styles. Our design team is happy to help pick the perfect white for any home.

« Home Design Trends for 2021
Future of the Farmhouse Kitchen »